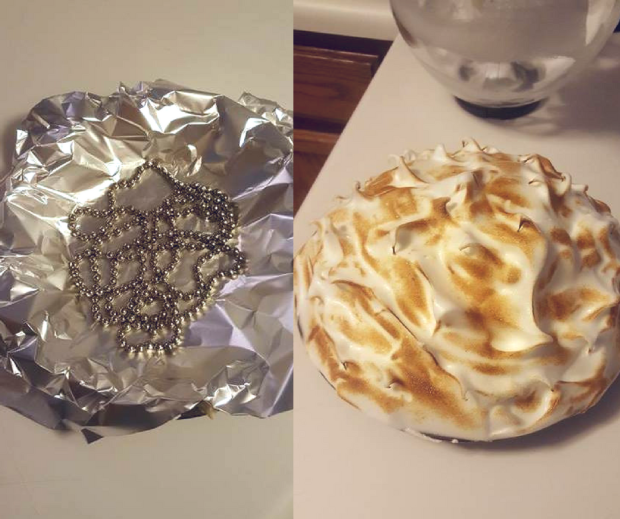 I’ve been working as an Associate Scientist for a year now. My passion is still in product development, which I’ve been able to focus on for the past five months. Food science is still a strange word, and negative associations abound (what are you doing to my food??), but it’s ultimately about understanding food ingredients and how they interact with each other and the environment. To increase the common hobby baker to some of the science behind traditional recipes, I’m starting a new series about ingredient interaction and troubleshooting tips along the way. What better place to start than the simple-seeming, overly-complicated lemon meringue pie? This is the first in a series of 3 posts, one for each component of the pie.

CRUST YOU CAN TRUST:
I love making this type of pie now, actually. My first pie crust, however, was an inedible block of brown dough. I wanted the pie crust to be the easy part, and so I threw all the ingredients together and stuck it in the oven. It wasn’t until I went to Iowa State for Food Science that I learned about the techniques that make for perfect, flaky, sturdy-yet-soft, pie crust. I also found a recipe and method that works perfectly, every single time. It makes 2 crusts, so I usually have my spare one in the freezer for future use.

Measure flour and salt into a food processor and add butter on top. Pulse until mixture resembles sand. Small pieces of butter should still be visible.
Pour water into processor and pulse until dough begins to form. Once dough is formed, set out 2 large pieces of plastic wrap. Divide dough into 2 balls and place on plastic wrap. Flatten dough into rounds, wrap and place in the refrigerator for 20 minutes. One round can be frozen for future use (within 6 months).
Remove from fridge and place round on floured surface or a pie mat (THIS ONE is awesome!). Roll dough into a 12 inch round and place in 10 inch pie pan. Trim and flute the edges if desired. Use a fork to poke holes in the bottom of the pie shell. Place formed crust in fridge for 20 minutes. Remove from fridge, top with pie weights (dry beans work), and bake at 400F for 12 – 15 minutes. Remove foil and bake for 5 more minutes or until golden brown. 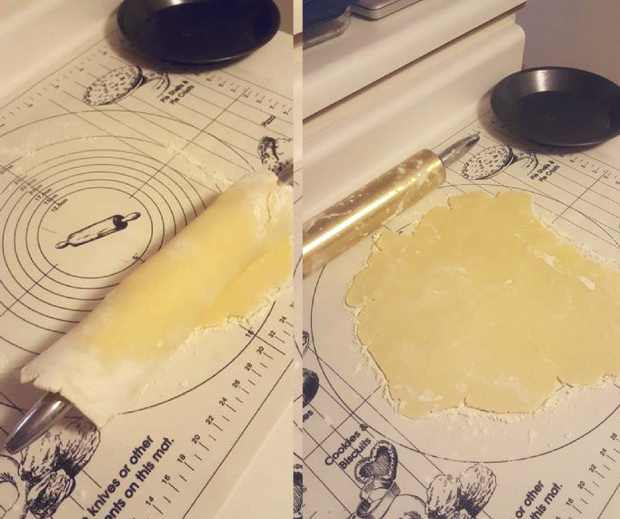 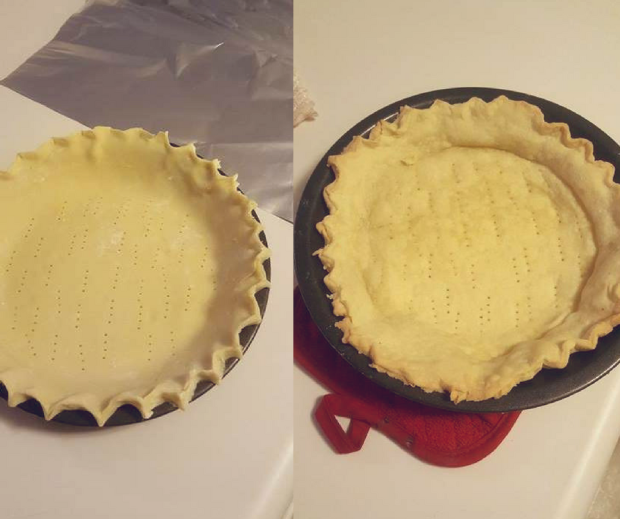 Science of the Recipe:
Flour coats the fat, whether it’s butter or lard or even oil. The thing about using cold butter is that it tastes delicious and it stays solid which prevents the over formation of gluten. Gluten is a mixture of two proteins that when hydrated become an elastic, gummy mass. By cutting the butter into the flour with a food processor, you ensure an even distribution of fat in the flour. The salt is mainly there for flavor, and possibly some food preservation, so if you use salted butter you can just omit it. The butter is the best-tasting fat I’ve found, and since it’s suspended in the flour before you add the water, it remains suspended in the dough. You roll it out and place it in your pan, then bake it, and at a fairly low temperature the butter will melt out, leaving pockets of air where it was- and that’s how you get flaky crust! Pretty cool. Pie crust is also an example of steam leavening, because as it bakes some of the water in it is released as steam- the water molecules turn to gas and take up a greater volume than when the water is liquid. It provides some lift to separate layers and make the crust flaky. 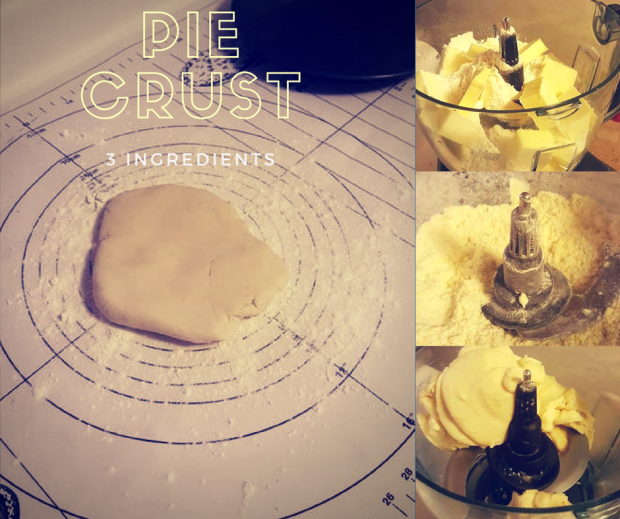 I am a participant in the Amazon Services LLC Associates Program, an affiliate advertising program designed to provide a means to earn fees by linking to Amazon.com and affiliated sites.

2 thoughts on “The Science of Lemon Meringue Pie {Crust}”

Let me know what you think! Cancel reply

See It All: A Guide to Exploring Maui, Hawaii